A community for the fans of Crest of the Stars, Abh culture, anime, technology, science fiction, video games, and friendly conduct.

You are not connected. Please login or register

So this popped up on ANN to my surprise....

The sixth volume of Hiroyuki Morioka's Banner of the Stars (Seikai no Senki) novel series will ship in Japan on Wednesday. The novel, titled Seikai no Senki: Teikoku no Raimei (Imperial Thunder), will be the first installment in the novel series in five years.

Seikai no Senki V: Shukumei no Shirabe shipped in Japan in March 2013. It was the first volume published in eight years.

The sci-fi novel series Crest of the Stars follows the adventures of Jinto Lin, a young aristocrat whose father ceded their planetary system to the Abh Empire, and Lafiel, the Abh Empire's princess. Banner of the Stars picks up three years later; Lafiel becomes captain of her own assault ship and Jinto joins her crew.
_________________
True power comes not from strength, but from the soul and imagination
Almael

Thanks for telling us. For some reason this one slipped under my radar.
I thought he wanted to start a new series chapter with a new sub-name but he obviously changed his mind. I suppose he figured a new title would make it less likely to be found by existing fans.
mitsuki lover

(We really need a champagne uncorking emoji for this one.)
Lease of Life

I don't speak Japanese (nor will be able to read something like Seikai in the near future) but it feels good to know that volumes 5 and 6 are out there, and someday I'll get to read them.
mitsuki lover

The earlier volumes have already been translated so you might want to try to look for them.
UMie

Greetings. Assuming you guarantee safe passage and return for United Mankind representative, I am authorized to reveal some spoilers.

Us intelligence operatives were lurking around this forum for a while, so after reading this topic I was pretty much surprised to learn, that all six SNS novels have been fan-translated to Russian language (thanks to Ushwood). Very convenient for me, since it’s my native language. I have read book 5  and gave veeeery fast reading to book six, so my spoilers are currently incomplete/ Some info about book 5 will be provided on it’s existing topic later, here I will focus on book 6. I am also less interested about Jinto/Lafiel and other sorts of relations, and more in the setting itself, and how the war between Four Nations Alliance and Romanticized Asian Co-Prosperity Sphere Humankind Empire Abh progresses. I am also not big fan of anime (with a few exceptions), but quite fond of sci-fi, and this is quite rare example of japanese sci-fi.

Spoiler:
- the book events occur 10 years after Abh defeat at Lakfakalle.
- the sides are at stalemate. Abh are suffering from significant shortages of everything, including manpower. The later is so critical, that Abh are actually forced to appease and negotiate with controlled planets to gain what’s necessary – something almost completely unheard previously.
- map of controlled territories is one hell of a mess. See below:
- three of the eight kingdoms, Fek Kryb (Cryb), Fek Balgzeder (Baalzede), Fek Irik (Ilysr) are completely controlled by the Alliance. Fek Skirl (Skiil) is besieged. On the other hand, most of the UM lost territory is still held by Abh, although there are pockets of resistance and systems, who prefer blockade to surrender. This means, that Empire lost half of the territory (if we count the besieged area), but four of the linked kingdoms are also almost split in two groups – the Empire controlls narrow passage going through UM’s lost territory. Should Alliance retake this passage not only will they will cut the remainder of the Empire in half, but will be also able to retake lost UM territory (which is also split in two). The book provides no details but mentions that the struggle is desperate on both sides.
- the book is centered about the operation Imperial Thunder under Lafiel's command, which culminates in the invasion into People’s Union of Sovereign Systems home system, and ends in the destruction of this state (but, while Abh do destroy them, it seems that most of it’s territories end up not under their control). The Abh are mostly pitted against Union's and Hania’s forces (Hania forms majority), UM and Republic of Great Alkont are almost non-existent in the book.
- the “doves” party in Hanian government, that are willing to surrender to the Empire for peace, prosperity, happiness and a couple of planetary nobility titles are still strong. The author seems to carefully retcon the original representation of the faction as strong, but operating in secret, because their actions will not be supported by majority of the citizens, to more “military coup” style. Will probably explain later
- The combined Union/Hania forces in final battle were like 80% of the strength of the invading Abh forces, and were swiftly beaten mostly because Hanians left their Union allies due to the machinations of both Hanian doves and war party (for various reasons. “Doves” want to shatter the will of their people to fight, and war party sees Union as somewhat shaky, and essentially doing peaceful occupation of the state.

If you want, you can ask questions, will try to answer them to the best of my ability. Safe passage guaranties first, please

Welcome to the forum!
Thanks for joining. There's also a discord server.
https://kinofthestars.catsboard.com/t242-discord-server-now-open

It's fine. The spoilers won't travel far at this point. Thanks for sharing as most of us can't read russian. Also if you have time take a look at our wiki and perhaps add information to it.
http://seikai.shoutwiki.com/wiki/Main_Page
Lease of Life

Most importantly, how is Jinto doing? What is his current job?

Dude’s one of my favorite characters in all of fiction. I envy his social skills and his benign sarcasm.
UMie

Almael wrote:Welcome to the forum!
Thanks for joining. There's also a discord server.
link

It's fine. The spoilers won't travel far at this point. Thanks for sharing as most of us can't read russian. Also if you have time take a look at our wiki and perhaps add information to it.
link

Thank you for the invitation. We're about to have a large holidays in Russia, so all big updates will be afterwards (10-11 of May) Will see, what i can do about the wiki, but since my writing skills in English are not very good, whatever i will add will benefit from some editing. There is definitely some data to be added or changed from books 5 and 6 like Hania and Union's info, some info about Alliance offensive and battle of Lakfakalle (for example - Hanian task force in battle for Lakfakalle and Kryb kingdom was not reduced to two ships - it was composed of two ships. They simply had no more to spare - the rest were used elsewhere), etc.

Lease of Life wrote:Most importantly, how is Jinto doing? What is his current job?

Dude’s one of my favorite characters in all of fiction. I envy his social skills and his benign sarcasm.

Spoiler:
Our intelligence reports that he is now Kilo-Commander-administrator and Lafiel's personal aide-de-camp. He pretty much controlls her entire schedule.

Wits and sarcasm are still with him.

No big movements on personal front. There is a moment described from Lafiel's POV, when she looks him in the eyes, and then suddenly cannot maintain eye contact, because she notices, that he is aging. Also, he still didn't became total Abh psychologically. It is hinted, that he probably does not want to. Lafiel recognises, that she is both attracted to this part of him, and despises it. She instinctively reaches his cheek with her hand, much to his confusion. Then he holds her hand (still on his cheek), saying that he is not old yet by landers standards, and that they do live longer than cats (guess her single-word response).

Both survive. No deaths among major characters, actually. Seems like author have decided, that one big defeat is enough for Abh, and went back to them curb-stomping everything with significant local advantage.

Yes. welcome and thanks for the spoilers. Don't worry about your English either as it's good.

In the anime Jinto realizes that he'll be growing old when Lafiel is still young looking, don't know if the same is in the novels.
Almael

The biggest problem or critique about SnS6 is the ten year jump in the story and that not much happened in that time.
mitsuki lover

Hi there again. Just to let you know, i have not abandoned the idea to do some contribution. I am currently working on the article and subarticles that will cover the SNS V novel events in greater detail. Business trips do not help

.
I expect a draft to be made within a week, and one more week will be spent on it's polishing.
I have also added some small info on the People's Sovereign Union of Planets, more to get aquainted with the wiki, than do some significant contribution.
mitsuki lover

Thanks. Keep up the good work.

No promises but yeah.

After discussions and all I've the feeling Morioka might have become weary of writing the series as things have waned and it becoming little to no relevance. I've have no doubt he will complete the series as promised unless he passes away before. However, it might not be as rich and extensive as he had in mind before. We probably won't ever see much more on the life and worlds of the other parties in the war.
mitsuki lover

As long as he can avoid the pitfalls of other such series such as A Song of Ice and Fire, which Martin is still working on despite the Game of Thrones tv series being done with. Perhaps from the start he should simply have stuck with Lafiel and Jinto and telling things from their pov instead of trying to be overly extended.
mitsuki lover

Now the question really is how much of what has been written will be translated into anime?
UMie

Ok, i am starting to publish the updates. See the Wiki-related topic for more info.
CzeroC 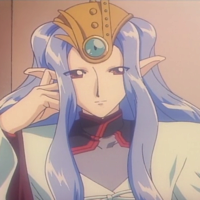 Don't know if things are really getting wonky as people stated but I sure as hell won't give up on this series till it reaches its conclusion. Before I die I must see Lafiel in the Jade Throne as Ramaj da Gawd did.
mitsuki lover

It'll happen but we all just need to be patient.
Almael

J-Novel Club already scheduled Bots1 for release in December at this rate it would take about 2.5 years to get to Bots6. They obviously did fast on Cots because of previous works.

I'm not happy with Morioka's current story pace but have to accept it.
CzeroC

Yo does Lafiel get a new ship in the latest volume, if so what's the name?
Sponsored content